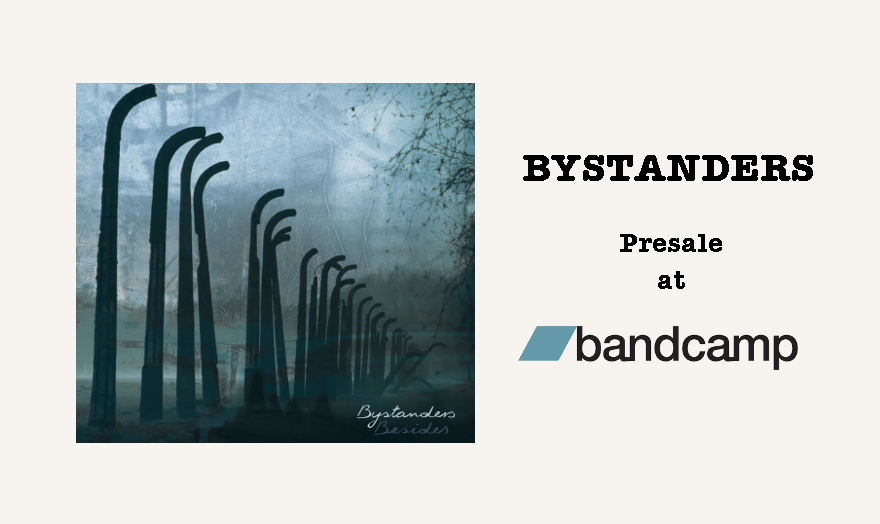 BYSTANDERS ALREADY IN PRE-SALE.
PREMIERE ON 27.01

Pre-sale of “Bystanders” CD starts NOW – everyone interested is invited to visit our store.

Album’s premiere is scheduled for January 27th. Shipping to people who pre-ordered the album will take place on January 24th.

“Bystanders” is a concept album, containing eight instrumental pieces inspired by the stories of Auschwitz prisoners and local inhabitants, who lived in the camp’s shadow during the World War II. Besides’ members come from Brzeszcz (place near Oświęcim) and the album is a result of a personal need to confront and process emotions, accumulated over the years, caused by the proximity of this special place.

What the band says about the project: “Auschwitz – a symbol of absolute evil. We were born here and we live here. Our project is an attempt to confront our own emotions, horror, powerlessness in the face of mass and anonymous death. It is also an expression of our objection against attempts to “tame” the memory of those events. Our disagreement with indifference, silence or the omnipresent hate. “

The album has been promoted by 2 singles – “Ich bin wider da!”, inspired by the story of the first transport of prisoners to the Auschwitz camp and “Last Lullaby” – the story of Helena Płotnicka.